Epic was selected to provide Construction Manager services for the City of Camden Parking Authority’s Block N Parking Garage.   Working with designer Tim Haahs, the proposed parking garage will be located at the intersection of Federal Street and Broadway in the heart of Camden’s business district. The garage will provide parking for approximately 741 cars, comprised of an on-grade level and 5 supported levels. Vehicles will enter the garage primarily by way of an entry/exit portal on Hudson Street, with an additional entry-only point on Broadway. There will be two stair and elevator towers, the larger one in the north-west corner serving City Hall and the new Rutgers School of Nursing, and the smaller tower in the south-east corner serving the Transit Station.

The primary structural system will be precast concrete columns, bearing spandrels, and double-tees, supported by a deep pile foundation system.  The façade of the garage will set a modern and vibrant tone, with a collage of metal mesh panels and solid metal panels, lit by an LED lighting system.  The stair towers will be clad primarily in glass for ease of visibility.

Operationally, the garage will be closed in the evenings after 8pm, except during special events such as concerts or city festivals. The ground level of the garage will provide approximately 20,000 sf of retail/ office space, with 2,000 sf already dedicated to a pizza restaurant that had formerly occupied a building on the site. The building will be situated on the site so that the sidewalk along Broadway will be fairly wide to encourage public gathering and outdoor dining. 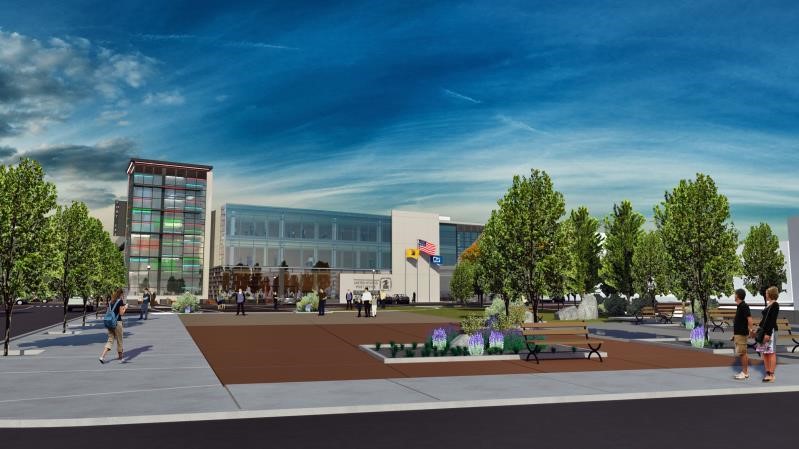 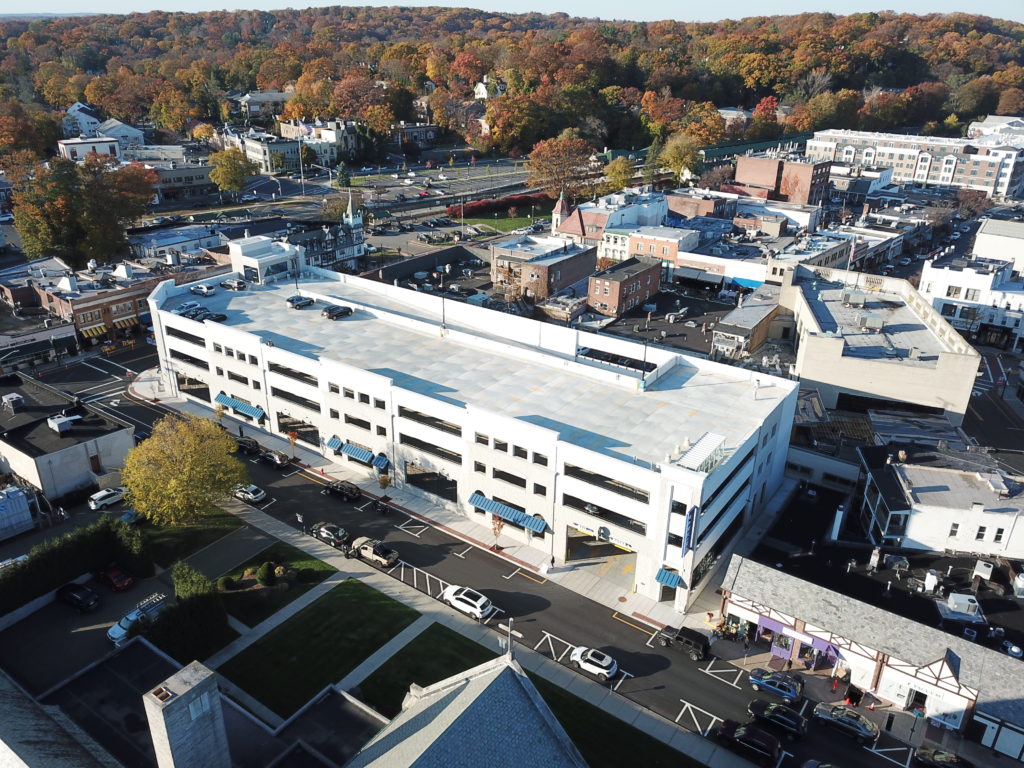 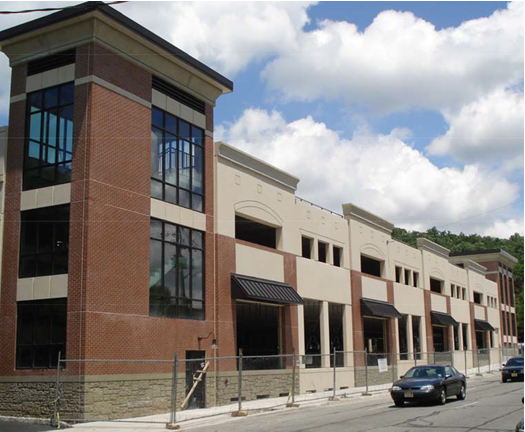 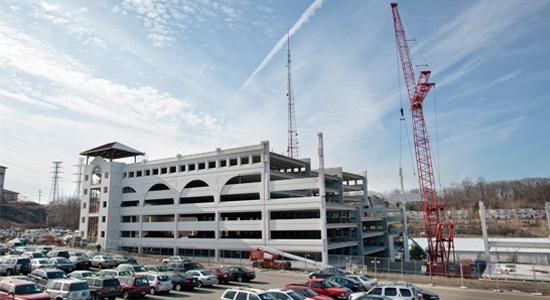 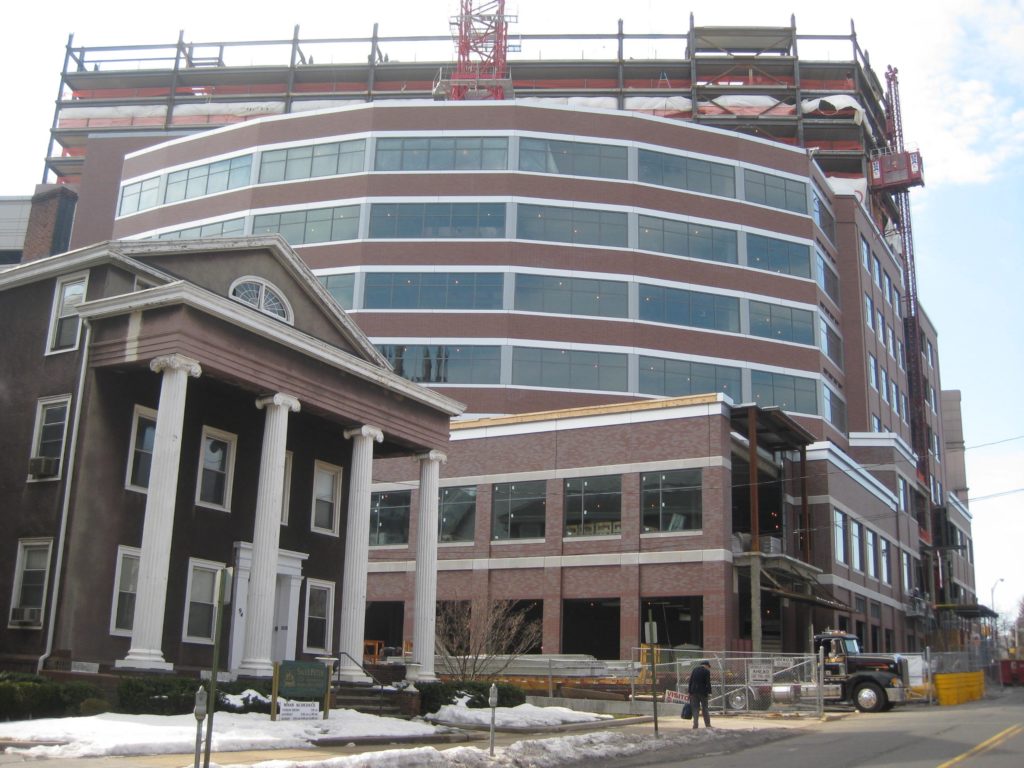 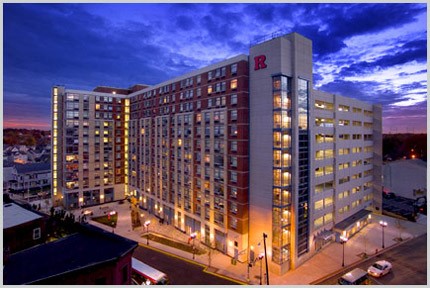 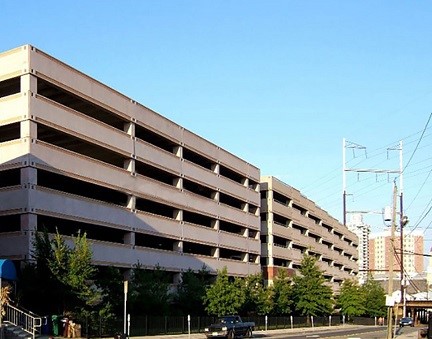